The exciting future of Metaverse gambling

Online gambling has been around since the 90s. But while the technological advancements of gambling on the internet have evolved a lot over the years, the core experience remains the same: players log into a website to play slots or table games on a 2D screen, such as a computer or a mobile device. Could the next evolution of online gambling take the experience into a virtual 3D space, and is this technology on our doorstep or something out of science fiction? In this article, we look into the exciting future of Metaverse gambling.

What is the Metaverse?

Metaverse is one of the hottest buzzwords in the tech industry right now, and multiple tech giants are making significant investments to bring this innovation to reality. Facebook, which changed its name to Meta last year, has announced grand plans to open “the Metaverse,” a virtual world in which people can interact with each other using virtual reality technology. However, this specific version of the Metaverse is only one of many online universes we might be able to immerse ourselves in over the coming years.

There is no singular definition of what the Metaverse is at this point, as the technology isn’t widely used yet. Some experts compare it to a more advanced version of the more commonly known “cyberspace,” and the general idea is that people will be able to experience a fully digital 3D world over the internet. Today’s virtual and augmented reality technology is technically a form of a Metaverse. Still, the next step in the technology could be much more immersive and potentially be used by millions – if not billions – of people around the globe.

One could argue that multiplayer video games like World of Warcraft and Second Life are Metaverses just played on a 2D screen. Instead of developing a 3D world populated with users, some tech companies are focusing on creating a more augmented version of the Metaverse in which people can augment the surroundings around them. This type of technology could be used at home or at work. For example, instead of using Zoom to communicate with your co-workers, you might be able to speak with them as if they were sitting on the chair right next to you. No matter how the technology will develop going forward, there is no doubt that it could change the digital future in ways we can’t even imagine.

Gambling in the Metaverse – how will it work?

Historically, the online gambling industry has always been at the forefront of adopting new technologies early. Casinos were quick to embrace online payment systems, the mobile revolution, HTML5, streaming technologies, and a number of other innovations. So when the Metaverse becomes the new reality, you can almost be certain that you will be able to gamble in it in one way or another – either within an established Metaverse or if the biggest igaming companies decide to develop their own Metaverses at some point.

So what could the Metaverse mean for online gamblers? In theory, there is no limit to what’s possible in a seamless, digital universe without any physical boundaries. It could be something as simple as playing normal slots with a virtual or augmented reality headset, perhaps with enhanced graphics and some added social features. Some game providers have already developed slots for VR headsets. A few years ago, NetEnt released a VR version of the popular video slot Gonzo’s Quest. While it was basically the same game with added virtual reality support, it proved how much more immersive slots could be in the future.

The prospect of Metaverse gambling becomes much more exciting if we imagine it in its full potential. Picture this: a massive online city modeled after Las Vegas, where dozens of real-sized casinos are operating in real-time. Using your virtual reality headset, you can walk around in the city and step into any casino to play blackjack, slots, or other casino games, just like you could if you visited Vegas in real life. The city can host thousands of players simultaneously, allowing you to meet new people or even hang out with your friends. Nobody can tell whether the technology will be able to support these kinds of scenarios, at least in the short term – but if realized to its full potential, it would revolutionize online gambling.

We can also imagine new types of gambling experiences. When you are fully immersed in a 3D world, there are no boundaries to what a casino game can be. Instead of playing a slot with five reels and regular symbols, you might take on a bigger role within the game itself. For example, instead of playing a regular Egyptian-themed slot, you might be teleported into an ancient Egyptian tomb where you have to avoid deadly traps and find the loot yourself.

Is Metaverse gambling a possibility today?

The Metaverse is a broad definition that could mean anything from virtual reality in a video game to a full 3D world with millions of people, like something taken straight out of Ready Player One. Of course, it is hard to imagine massive Metaworlds such as the one described in Ernest Cline’s novel existing in the near future. We are still in the early stages of the Metaverse, and only the future can tell how the technology will evolve in the coming years. Only Mark Zuckerberg and other tech leaders know what the Metaverse will actually mean for us in the near future.

But every new technology has to start somewhere. When the internet was invented in the early 80s, no one could predict that we would have things like Facebook, YouTube, MMO games, and 5G today. If the Metaverse really is the “next big thing,” it would probably be impossible to predict how it will work in 20, 30, or 40 years.

As mentioned earlier, virtual reality slots do exist, and some casinos offer them. A few online casino sites have even conceptualized virtual casino lobbies that could be the predecessors to a real gambling Metaverse. But we won’t know the future of gambling in the Metaverse until the Metaverse is a real concept that is adopted by millions of people. 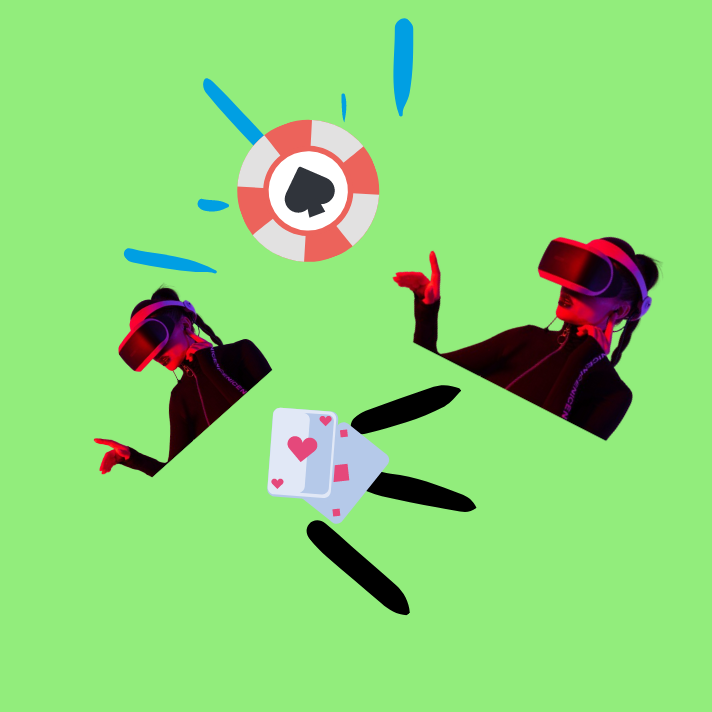 The exciting future of Metaverse gambling
Online gambling has been around since the 90s. But while the technological advancements of gambling on the internet have evolved a lot over the years,...
Read more
More news