Slots from Playson are now live at Kindred Group. This means that Playson slots will be launched at for example Unibet, which is one of the industry-leading sites within iGaming. Unibet has previously launched two of Playson’s most innovative and creative online slots: Crystal Land and Crystal Crush. For Playson, this means a strategic business move as Kindred is licensed for several regulated markets in Europe, including the UK.

Satisfied with the deal 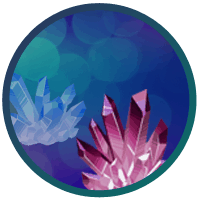 Lars Kollind, Business Development Manager at Playson, and David Robertson, Head of Casino at Kindred Group, are both pleased with the agreement, which will include several new gaming releases in the following months.

David Robertson says: “Playson has been building an excellent reputation as a games provider and we’re thrilled to now offer its games to our customers.”

Of course, we wanted to check out the previous launches and therefore headed over to Unibet to take a look at them. We immediately realized that they are very special and will describe them briefly.

In this colorful slot you want to see matching diamonds creating winning combinations. A part of the playing field is locked, but when you land a win one field is unlocked. When the fields are unlocked for several rows you get extra bonus features. In this slot, you can land two different wild symbols and a magical color drink that randomly replaces symbols. Other features include a bomb symbol and a bonus round with a multiplier. This is a very explosive slot!

Crystal Crush also includes a lot of features, such as crystal bonuses that allow you to level up as you fill a bar by landing certain symbols. There are six bonus levels with different rewards such as multipliers and transforming symbols.

Playson has a lot to offer

Seeing these games, makes us realize how much Playson has to offer. The company has over 50 games in its portfolio. In addition to the ones we have mentioned, we want to headlight the new Imperial Fruits and Fruit Supreme. Also, keep an eye out for Clover Riches which will soon launch. Playson creates own promotions, so you might get a chance to opt -in.

If we should mention something about Kindred as well, we can tell you this company is listed on the Stockholm Stock Exchange. Unibet was founded in London by Anders Ström in 1997 when online casinos had just begun operating in the gaming sector. Unibet Group Plc later became the Kindred Group, which owns other brands besides Unibet. In addition to Casino, Unibet provides players with sports, bingo, poker and live casinos.