Is it time for Mega Moolah to strike again?

Microgaming’s famous Mega Moolah slot paid out a staggering $16,5 million jackpot to a Canadian player only a bit more than a week ago. But as we all know, lightning can strike twice, and the new jackpot has already reached almost £9 million!

It has been only a bit over a week since a lucky player from Canada scored a life-changing jackpot worth $16,5 million on Mega Moolah. It had been several months since the last jackpot was won, and the pot nearly reached its all-time record of 18,9 million. 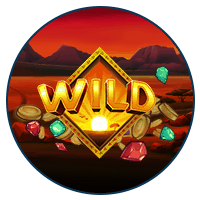 It seems that the recent win has boosted Mega Moolah’s popularity, as the new jackpot has already climbed to almost £9 million. Since the average payout is a bit over £5,8 million and the average payout time is 8 weeks, the new Mega Moolah Mega jackpot might already be due to strike soon. As more and more players play the game for a chance of winning the life-changing jackpot, it will keep growing by thousands of pounds every day until one lucky player takes it all.

To win the Mega Moolah Mega jackpot, you’ll need to land on the progressive jackpot in the in-game bonus wheel. This is exactly what happened to the player who won the record-breaking 18,9 million jackpot in September 2018. With the current growth rate, the new jackpot has the potential to break the old record in just weeks.

If you want to try your luck on Mega Moolah’s £8,9 million jackpot, you can find it in most online casinos that offer Microgaming slots. Here are some of our recommended casinos where you can hunt the jackpot right now: 21 Casino, LeoVegas and Cashmio. Keep in mind that the Mega Moolah Mega jackpot is available in three different slots: Mega Moolah, Mega Moolah Isis and the brand new Atlantean Treasures.

Is it time for Mega Moolah to strike once again? Check out the casinos above and find out!