You have probably noticed that there is a lot of superstition within the gambling world. For example, it can be different numbers, gadgets or gestures that are considered good luck or bad luck. Here we go through a few symbols and variations of superstition in some of the world’s all countries. Keep in mind that there is no scientific basis in superstition, although it’s very entertaining to learn about. Perhaps you’ll even apply some ideas yourself, whether you play at a casino online or a land-based one.

TRY YOUR LUCK AT AN ONLINE CASINO!

As we mentioned, there are many beliefs that are considered to bring luck to your game. Some gamblers invent their own beliefs, while others go with the flow and culture. Here are some of the most common beliefs in how to maximize your luck.

Keeping your fingers crossed is a common concept within superstitious beliefs. The gesture should make your wishes come true and give you luck. The origin is unknown, but the phenomenon traces back to Roman times and was believed to protect you from evil. 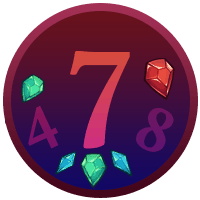 The number 7 is considered a lucky number in many parts of the world. It has been seen as magical in many cultures. For example, Allah created seven heavens and God created the world in seven days. There are seven continents, as well as seven oceans in the world and some cities are built on seven hills. But 7 can be regarded as an unlucky number too in some parts of the world. If you say “seven” at the Craps table, you can get the evil eye.

The number 8 is also considered a lucky number, especially in Asia. It represents wealth, success, fortune and more. The number has been important ever since ancient times in China. A horizontal version of eight is also the symbol of infinity.

In China, red is a very important colour and represents joy and good fortune. It is a common colour of weddings and many players wear red garments when they play to get lucky. Especially red underwear considers fortunate. There are sometimes red rooms on casinos, because of the meaning of the colour.

Some players may experience their clothing is giving them luck. For example, a poker player can sometimes use the same hoodie at the poker table during the tournament. Steve Dannenman took second place at the World Series of Poker 2005 and wore the same shirt and cap for seven days. As you understand, some players thinks that if they have been lucky once, it can happen again in the same garment.

Blowing on the dice can be the most common superstition in the gambling industry. Haven’t you done it yourself when playing Yatzy with mum and dad at the kitchen table to get the right number? Exactly how the phenomenon appeared is unknown, but Hollywood movies helped to spread the gesture. Some believe it came from players using a kind of glue that was activated when it was blown on or from players in the street blowing away dirt from the dice.

Lucky charms have been around for a long time. The most common ones are probably four-leaf clovers and horseshoes. But there are many others, for example, coins, turtles, alligator’s teeth and more.

Crossing your legs mean the winnings will stop. At least according to some players. You simply run out of good luck. However, as we mentioned earlier, crossing your fingers means the opposite.

Number 13 may be considered as the most unlucky number. Sometimes there are no floors in hotels, hotel room numbers, aircraft seats with this number. Especially, it is considered unlucky in the West. One of the reasons may derive from Jesus Christ’s last supper. Thirteen people sat around a table, where the 13th was the one who betrayed Jesus – Judas. In Asia, however, number 13 can be seen as a lucky number.

In Asia, the number 4 can be considered an unlucky number, as it may sound like death when pronouncing the word. So if you want to maximize your luck at the Roulette table, then avoid the number 4 according to some cultures.

Counting money at the table

Enter through the main entrance of a casino

Walking through the main entrance of a casino is also seen as bad luck. There are various rumors about why and one of them is that you bring the losers’ bad luck back into the casino again. Another derives from when MGM opened its casino in Las Vegas, they designed the main entrance as a lion’s mouth. The players began to believe they would get unlucky if walking through the beast, so afterward the MGM redesigned the entrance when the rumor was spread. To be on the safe side, take a side entrance to the casino.

Some players choose to look away from the table while gambling because it is considered lucky. Others will do the opposite and focus entirely on the table, just to be present and bring luck to the game.

American players do not want to be paid with 50 dollar bills, as it is considered bad luck. According to the legend, the mob gangsters in Las Vegas put a 50 dollar bill in the pocket of the people they had murdered.