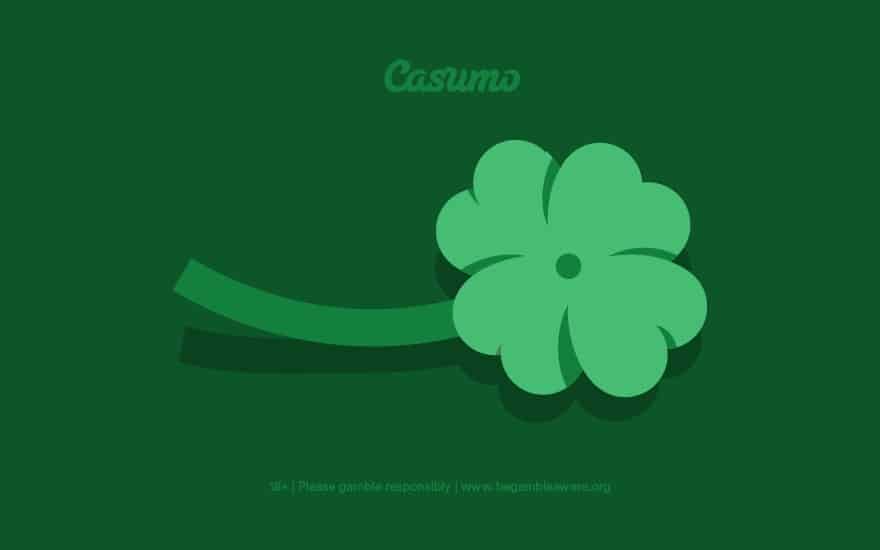 It’s already Wednesday and this means we’re halfway through to yet another weekend. Luckily for us, it’s not an ordinary Sunday waiting on us. It’s actually Saint Patrick’s Day which means that it’s time to celebrate. This is, no doubt, one of the most popular days for Irish folks. Casumo sure knows how to set the greenest tone on their casino in order to offer a memorable Saint Patrick’s day 2019. On Sunday, the 17th of March, you can log in to your account and join the nightly races in which you can win none the less but £1000 every hour from 06.00 PM until midnight. Have a look at the schedule:

As you may know by now, Casumo released a really cool new branded slot last week. We’re talking about Scudamore’s Super Stakes. To highlight the launch of the horse racing-themed video slot Casumo offers an exciting raffle this week with a total prize pool of £10 000 where all players, except members from Sweden and Canada, can join the promotion.

Until Sunday, the 17th of March 11.59 PM CET, you can take part in the campaign. Log in at Casumo and wager at least £50 on Scudamore’s Super Stakes. If you want to, you can do this up to ten times a day in order to collect a maximum of ten tickets every promotion day. The draw will take place on Monday, the 18th of March. If you’re lucky you might end up winning a Royal Ascot trip, worth £7000, which includes:

JOIN THE RAFFLE AT CASUMO!

You probably know that Casumo gives you the chance to enter a new special race every night at 08.00 PM CET. This week the casino tops up to main prizes with another £1000 which means you can actually win £2000 if you end up in first place in any of the races. Check out the schedule below: